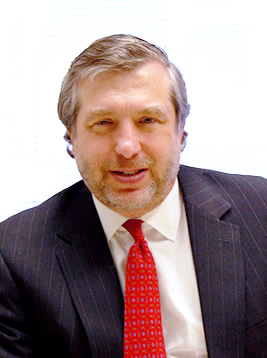 With 25 years as a practicing attorney, Mitchell Schley formed the Law Offices of Mitchell Schley, LLC, a New York and New Jersey law firm specializing in the representation of employees in all aspects of labor and employment law, including litigation in the federal and state courts and in arbitration.

Mr. Schley brings an extensive and multifaceted background to his practice which offers multiple advantages to clients who seek his representation and counsel. Mr. Schley received his bachelor’s degree from Cornell University, School of Industrial and Labor Relations, and law degree from Rutgers University, and became a member of the bars of New Jersey, New York and Pennsylvania.

Following law school, Mr. Schley joined the staff of the National Labor Relations Board, where he prosecuted cases on behalf of the federal government in federal and administrative court. During this 6 year period, Mr. Schley won nearly every trial he handled against corporations and unions for violations of workers’ rights and federal labor law. A particular noteworthy case Mr. Schley tried resulted in a judgment against an aerospace manufacturer for $10 million on behalf of 200 unlawfully fired workers, one of the largest recoveries in the history of the NLRB. As a result of Mr. Schley’s success as a trial lawyer, he was promoted to the position of Supervisory Attorney and supervised and led a team of agency trial lawyers and investigators.

After his government service, Mr. Schley became associated with Hannoch Weisman, one of the largest and most prominent corporate law firms in New Jersey where he advised and litigated on behalf of Fortune 500 and mid-sized corporations in commercial and employment law matters.

For 8 years, Mr. Schley held the position of Managing Director in the Legal Department of Bear Stearns & Co., Inc., a global investment bank and Wall Street brokerage firm. In this capacity, Mr. Schley was principally responsible for all of the employment and related regulatory litigation of the Firm, and for advising management on all employment and related business matters.

Mr. Schley also has extensive experience representing companies and employees before federal and state law agencies that enforce labor laws. These agencies include the Equal Employment Opportunity Commission (EEOC), the New York and New Jersey Division for Human Rights, which handle employment discrimination claims; the New York, New Jersey and Federal Departments of Labor, which handle FLSA, wage and hour, overtime, and safety and health cases; and the National Labor Relations Board (NLRB), which handles union and labor-management disputes.

In addition to his experience in the financial services industry and investment banking, Mr. Schley has also handled matters in many other industries such as pharmaceutical, healthcare, chemical, employee staffing and recruiting and information technology.